The Via Francigena part that runs in Canavese, or better, the route that Sigerico, Archbishop of Canterbury, walked in the year 990, and whose stages carefully he wrote down, goes from Pont Saint Martin, at the exit from Aosta Valley, per giungere a Ivrea, to Ivrea and continues towards Santhià, in Biella territory.

The Via Francigenaroute that goes through Canavese, in the province of Turin, covers around 40 km, from the border with Aosta Valley to the limit of the province of Biella; and passes through the territories of Carema, Settimo Vittone, Borgofranco d’Ivrea, Montalto Dora, Ivrea, Cascinette d’Ivrea, Burolo, Bollengo, Palazzo Canavese, Piverone.

It is a plain and quiet stage along the bottom of the Serra di Ivrea, the largest moraine in Europe, an interesting geological formation that shows us the direction to follow.
Along the way we come across two splendid little churches: St. Peter, recently renewed, near Bollengo, and among the country fields, the ruins of the “il Gesiun” (big church), of which only the external walls and few remnants of a fresco resisted the injuries of the time.
Very nice and peculiar is the village-road of Piverone of as well as spectacular are the sights on the Lake of Viverone. 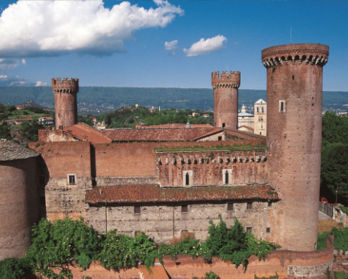 Drink, but not to forget… 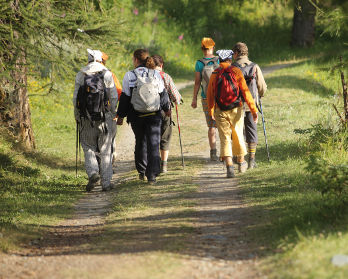